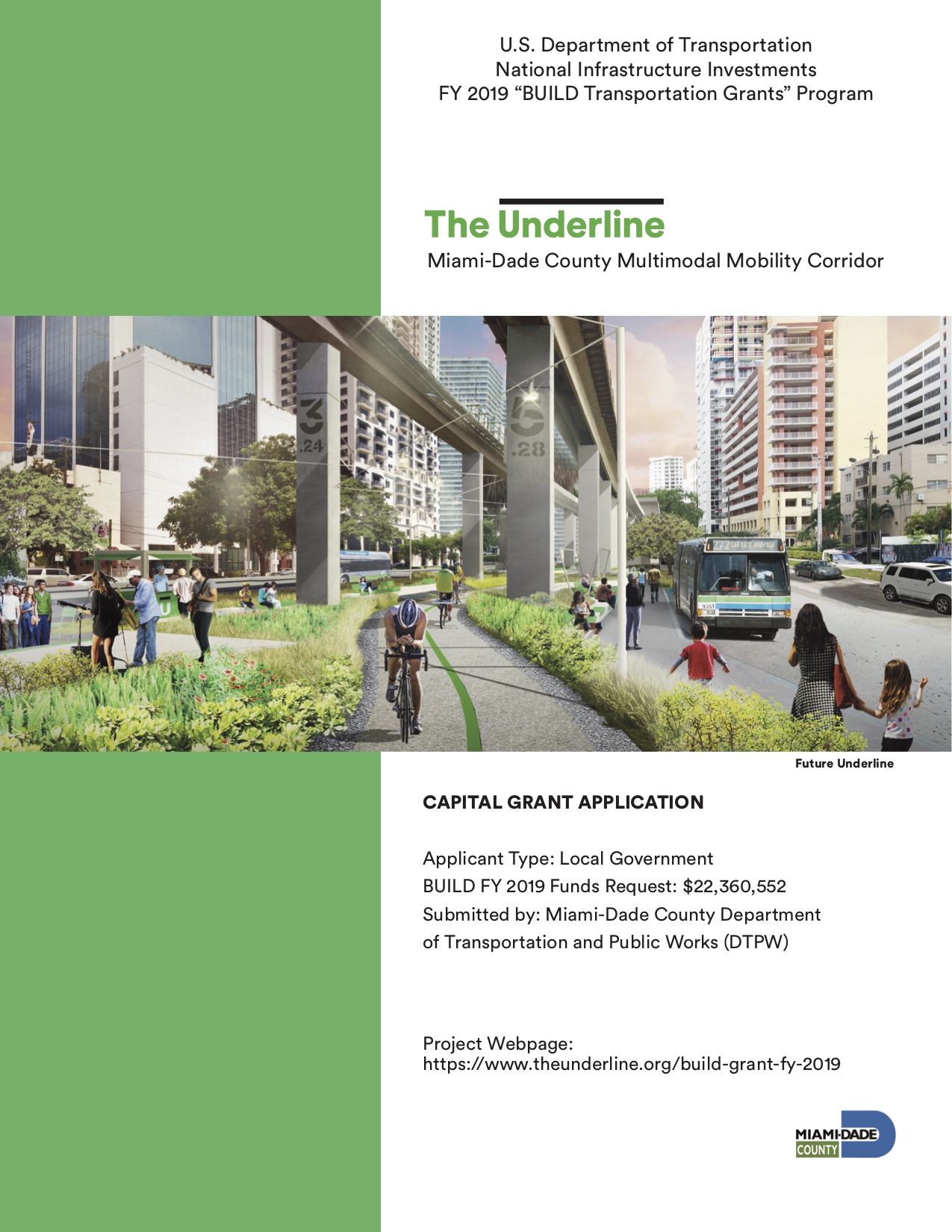 The Underline is a 10-mile multimodal mobility corridor that repurposes 120 acres of underutilized land below Miami-Dade County’s above-ground heavy rail into an off-road biking and walking facility directly connected to transit and running alongside U.S.1, a major arterial.  When completed, it will serve as a first and last mile accessibility solution to 8 existing Metrorail stations with separated pedestrian and bicycle paths, improvements to 36 intersection crossings, of which 10 crossings are in the process of improvement and funding has been encumbered, a bridge over the Coral Gables Waterway, lighting and path-marking and wayfinding signage.  The Underline serves as a transportation solution, a safety strategy, and an economic catalyst.

Recognizing The Underline is Miami-Dade County’s most innovative and fastest-moving multimodal transportation project, the State of Florida, its municipalities and private developers have partnered with Miami-Dade County in committing an unprecedented over-77% ($76,475,388) for capital funding. This match funding has been raised over 4 years and demonstrates our community’s commitment to the Underline’s transformational potential. The grant ask amount represents 22.62% ($22,360,552) of the remaining unfunded costs in order to complete the project’s transportation component.

We would like to recognize the incredibly hard work and many hours invested in drafting the grant: Meg Daly, President/CEO Friends of The Underline, Daniel Balmori, Hogan Lovells and Irene Hegedus, Dept. of Transportation and Public Works.  And, a big thank you to those who wrote letters of support from the business and donor community as well as elected officials.