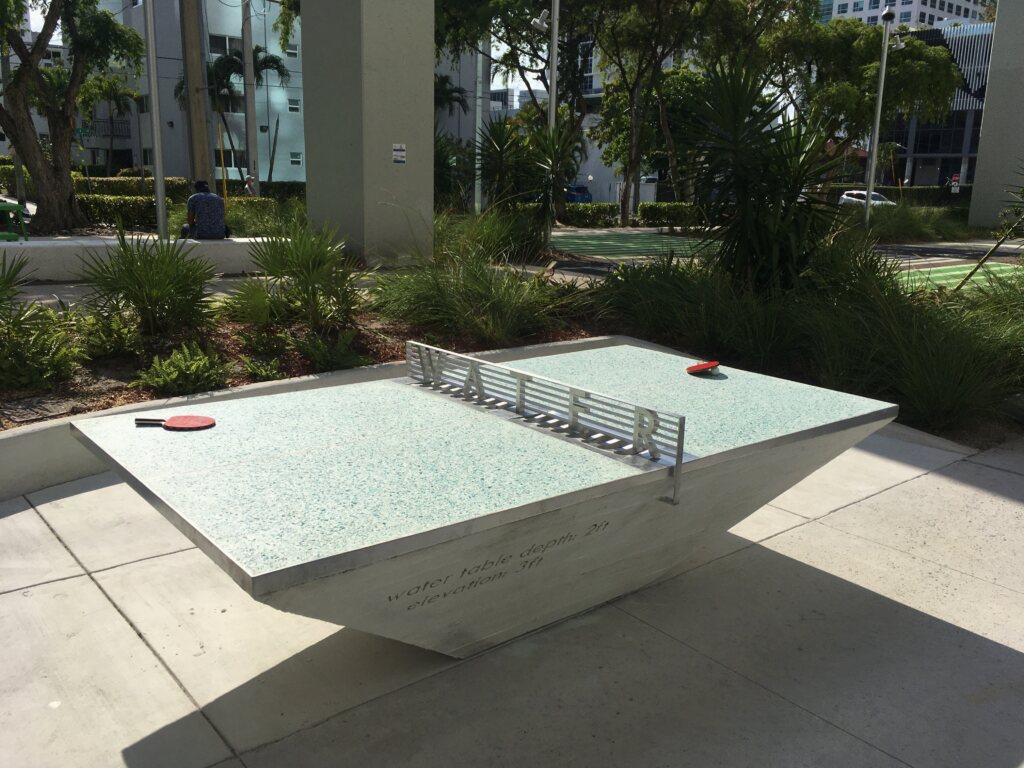 Water/Tables, is a pair of artist-designed playable ping pong tables. Adhering to the same dimensions as standard ping pong tables, Water/Tables invite direct engagement with visitors, complimenting The Underline’s mission to activate public space as a site of movement, health, interactivity, and art. Visitors are invited to bring their own ping pong balls and paddles and engage in friendly tournaments and casual socializing.

Located at the intersection of SW 1st Avenue and SW 9th Street in Miami’s Brickell neighborhood, Water/Tables utilize their position to serve as a playful reminder of the city’s geography. Continuing Despain’s body of work addressing issues related to climate change, the work highlights the actual water table–the level of ground water beneath the surface that rises through Miami’s oolitic limestone as the sea level rises. Driving this point, etched on the side of each table is the approximate measurement of the depth to the actual water table and elevation above sea level at that particular location.

The sculpture is the first permanent public artwork to be completed on The Underline. Friends of The Underline has been committed to transforming the underutilized land below Miami’s Metrorail—from the Miami River to Dadeland South Station—into a 10-mile linear park, urban trail and public art destination. The project resulted from a successful public art partnership between noted partners, Swire Properties, and Miami-Dade’s Art in Public Places program, which dedicates 1.5% of construction costs on public land to public art. The Underline will also feature a program of temporary public artworks, activations, and events. Just south of the Brickell Metrorail Station as The Underline path continues is also new home of artist Athena Tacha’s monumental sculpture Leaning Arches, a seminal 1984 work from Miami-Dade County’s Art in Public Places Collection that was relocated from the Douglas Metrorail Station in 2020.

In a literal, more humorous sense, Water/Tables transform into fountains activated during times of heavy rainfall—collecting water in the storm drains in the center of the tables and pushing it out through the ball returns on either side. Sea-colored glass terrazzo surfaces quote the Miami architectural vernacular and make direct connection to downtown’s proximity to Biscayne Bay, and the delicate ecosystems we live and play in.

Cara Despain is an artist working in film and video, sculpture, photography and installation addressing issues of land use, the desert, climate change, visualizing the Anthropocene, land ownership and the problematics of frontierism. Writing and research play a major role in all of her creative work, and which often includes extensive field work. She was born in Salt Lake City, Utah (1983) and currently lives in Miami, Florida and works between the two. She holds a BFA from the University of Utah (2006). In 2012, she received the Salt Lake City Mayor’s Award in visual arts, and in 2016 she was selected for the South Florida Consortium Fellowship. Her work is included in the Rubell Family Collection, as well as the State of Utah and Salt Lake County art collections. Her film credits include Art Director for the feature film The Strongest Man that premiered at the Sundance Film Festival (2015), and A Name Without a Place which premiered at the Miami International Film Festival (2019). In 2019 she was selected for an Ellie’s Award through Oolite Arts for her own feature film Earthbound Objects. 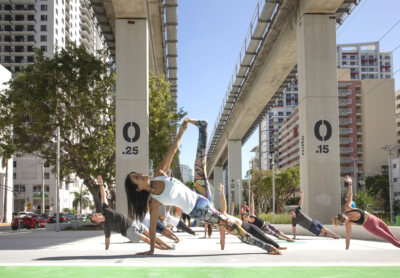 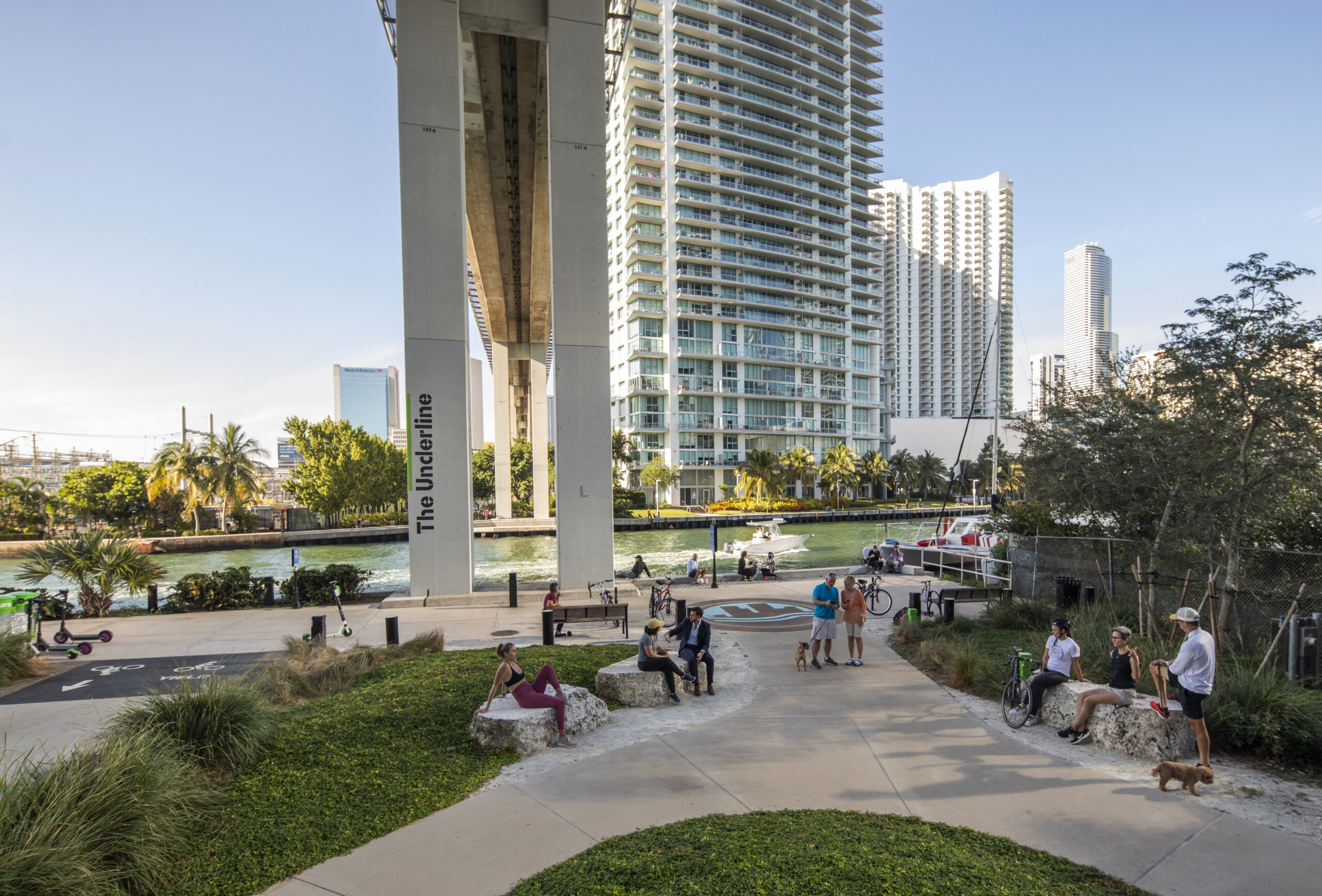